Last week I wrote a piece about the 55% growth in maize specifically grown for AD power plants (see here). In that blog I also wondered what had happened to the Department for Energy and Climate Change (DECC) consultation on the Renewable Heat Incentive Scheme which provides subsidy for those investing in this renewable technology. Last June I wrote about this very complex topic (see here).

As if by magic, the Government has now published its response (thanks to Dr. Chris Short at the Countryside and Community Research Institute at the University of Gloucester for bringing it to my attention). I warn you the report is a tricky read but you can download it here if you wish. 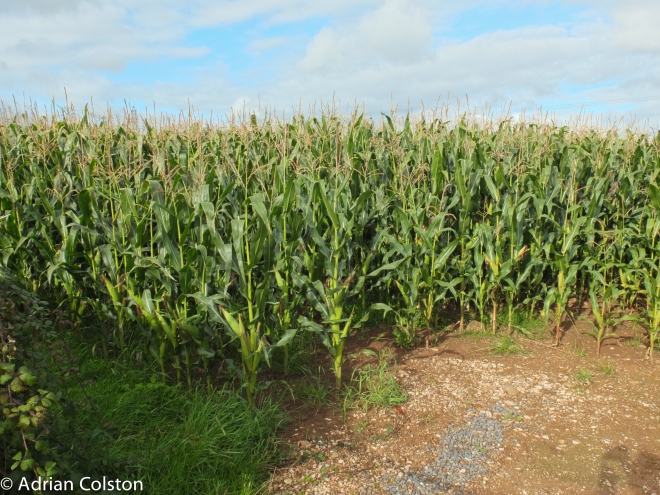 The document is all about funding for renewable energy plants but the earlier consultation had suggested that the subsidy paid on crops grown specifically for the power plants (they are meant to run 100% on waste products) would be cut either completely or by 50%. This had caught my attention as the main crop grown to fuel these plants is of course maize.

The Government’s response is as follows “The reforms will introduce changes in line with Option 2, which limit the RHI payments for biogas and biomethane not derived from wastes and residues to 50% of the total biogas yield…”

The report and its recommendations are all about providing value for money for the tax payer whilst providing enough incentive for industry to provide renewable energy. It is not about the environmental impact of maize cultivation. In fact maize is only mentioned once in the document.

There has been report after report over the past 18 months or so on how damaging maize can be when grown in the wrong place and how this can lead to an increased flood risk.

This decision by the Department for Business, Energy and Industrial Strategy (they were formed after DECC was done away with in the summer) will have an impact on the area of maize grown in the England as the subsidy for its growing has halved. But they make no mention of this at all.

The Government could have made much of  this especially as Defra is currently launching Countryside Stewardship options to control flooding via natural flood management schemes.