Went for a walk yesterday up to Woodbury Common and went to see the newly installed Gibraltar Stone. 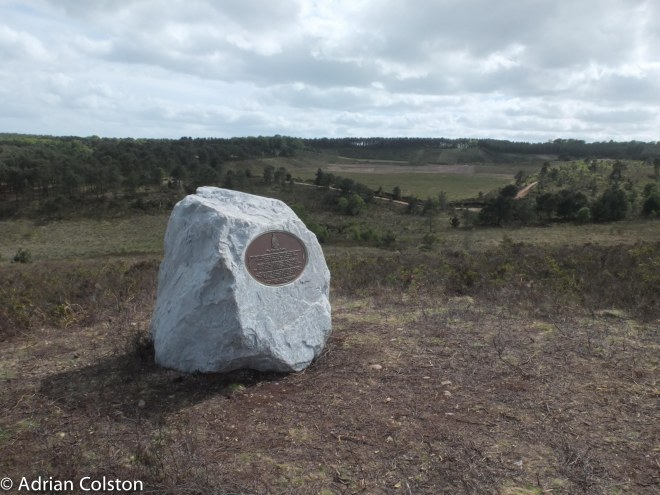 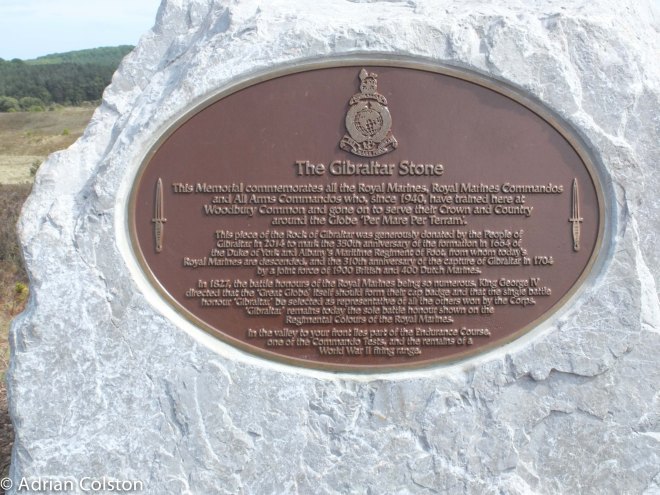 This plate explains all 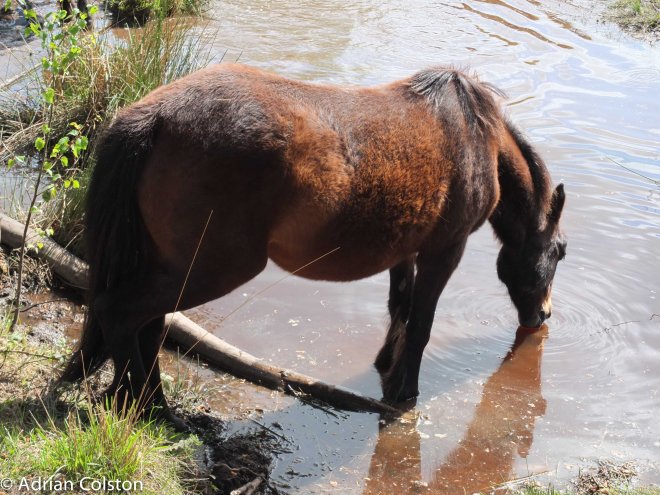 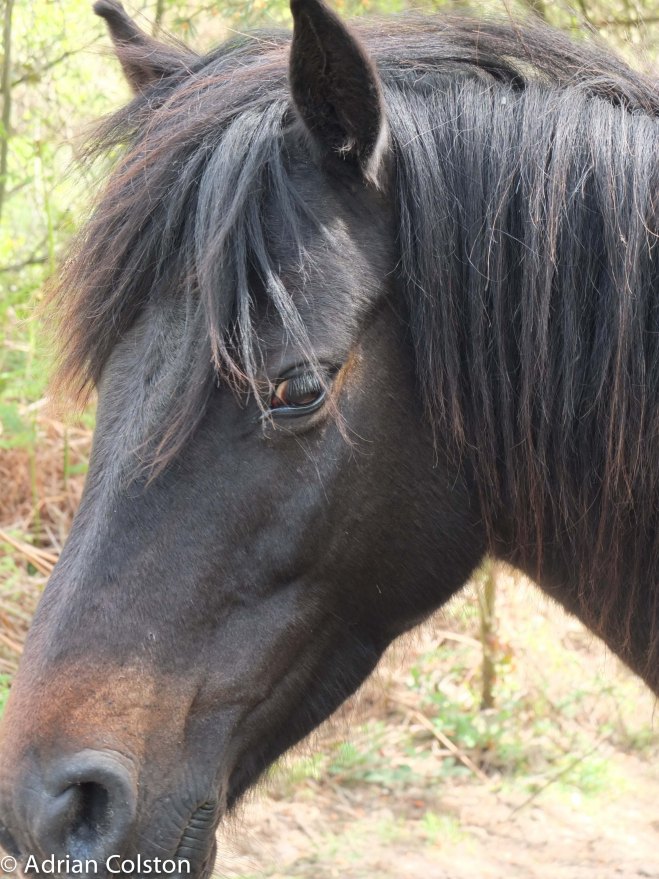 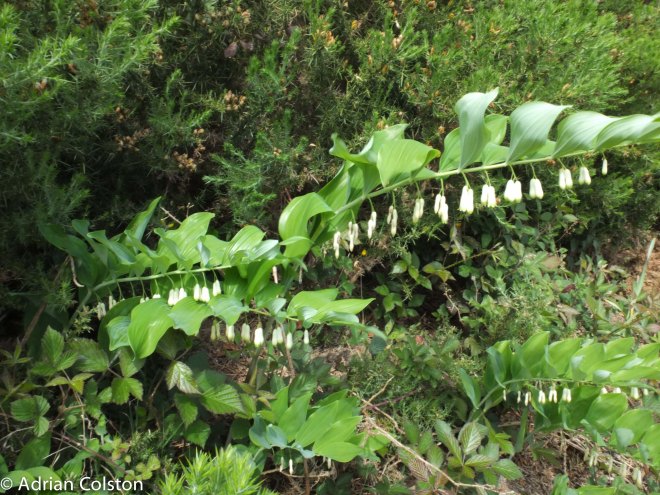 I live near to Woodbury Common which is part of the East Devon Pebblebed Heaths – they are largely owned by the Clinton Devon Estate but are managed by a charity they have set up called The Pebblebed Heaths Conservation Trust. The area involved is huge  – approaching 3500 acres – most is designated as a Special Area of Conservation.

The Conservation Trust have recently fenced Woodbury Common so that a conservation grazing project can begin. A week or so ago a herd of Dartmoor ponies arrived to start the job and they will soon be joined by some cattle. 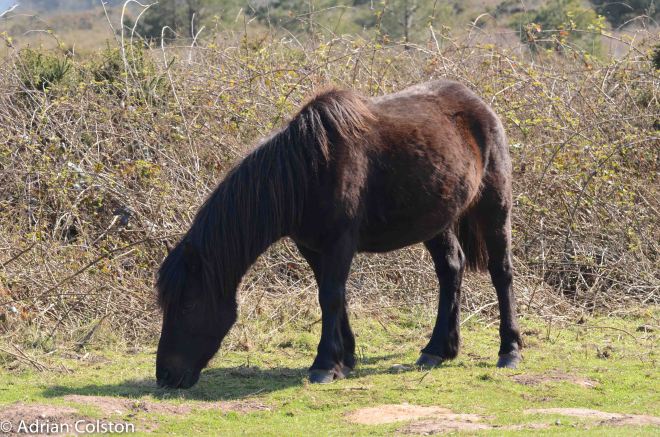 A Dartmoor pony carrying out its conservation duties 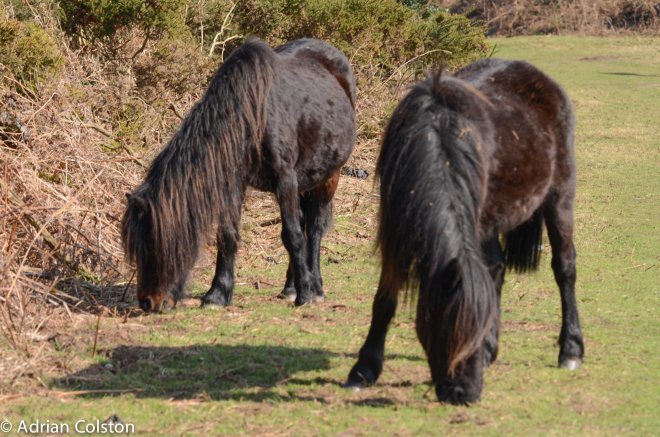 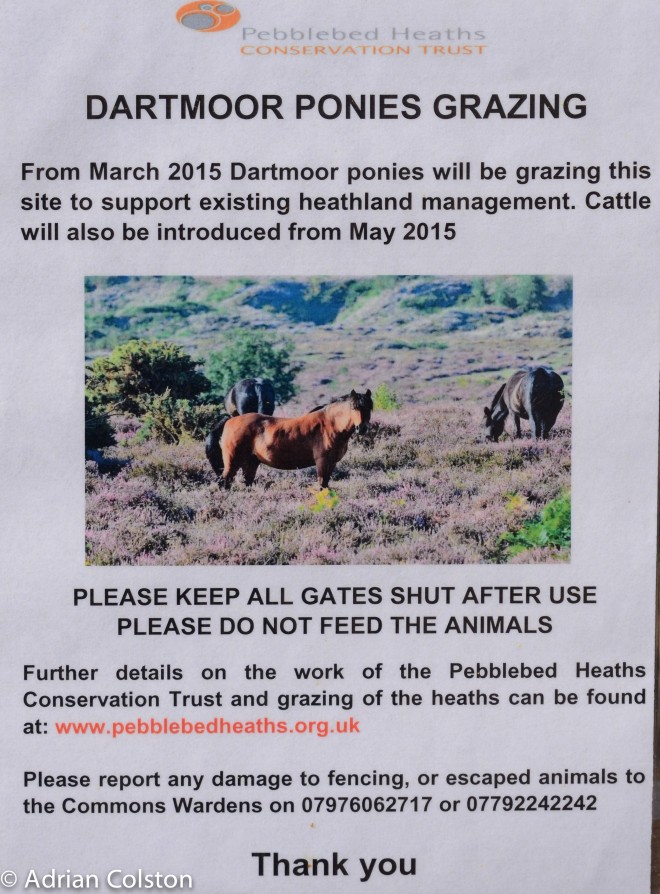 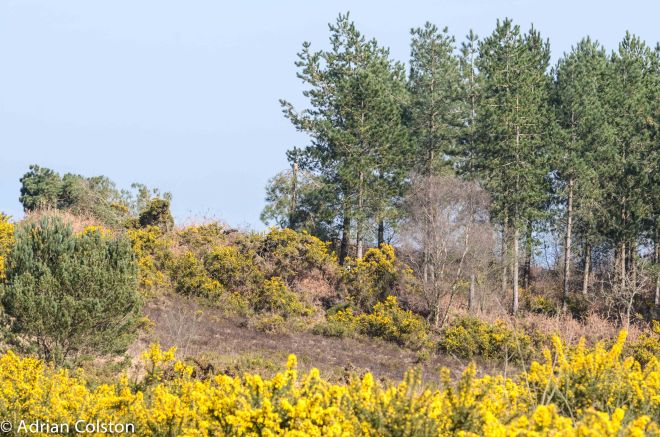 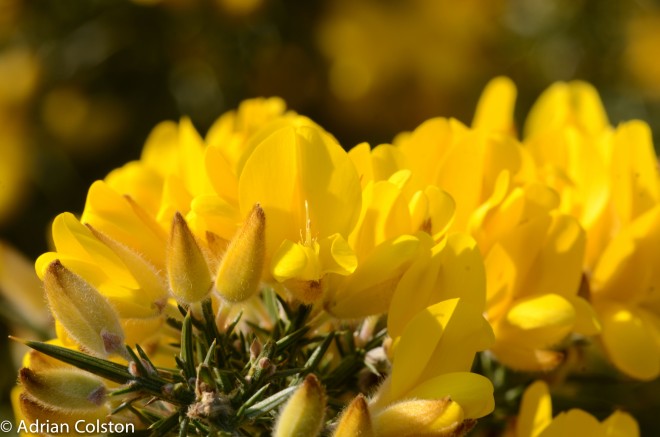 Close up of European Gorse 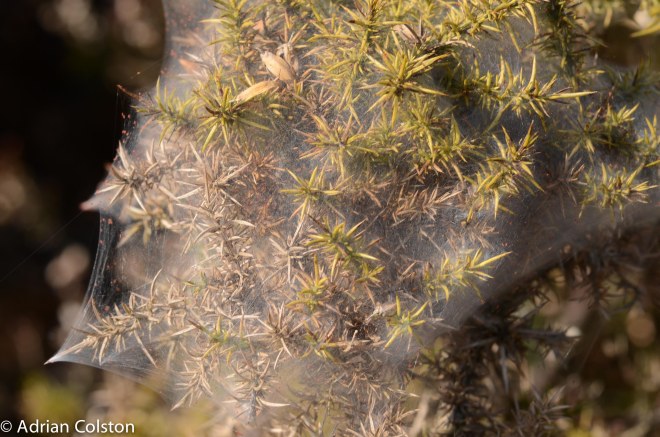 The nests of red spider mites (the red dots are the mites!) are common on some of the gorse