To anyone not familiar with the East Anglian Fens they can appear  strange places with gravity defying water movements and dramatically reduced ground levels. 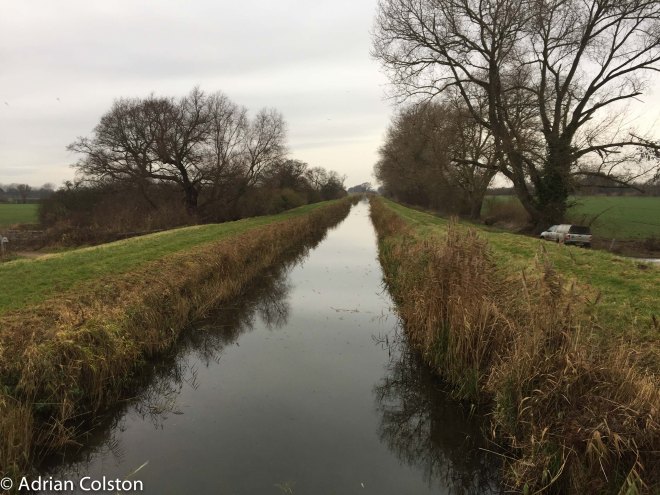 This is a river (called a Lode) which drains the chalk uplands of Cambridgeshire to the south of the Fens. To the left and right of the river you can see that the ground is much lower.

The drainage of the East Anglian Fens began around 400 years ago so that the peaty soils could be exploited to grow food. When peaty soils are drained they shrink (and also begin to erode and blow away). 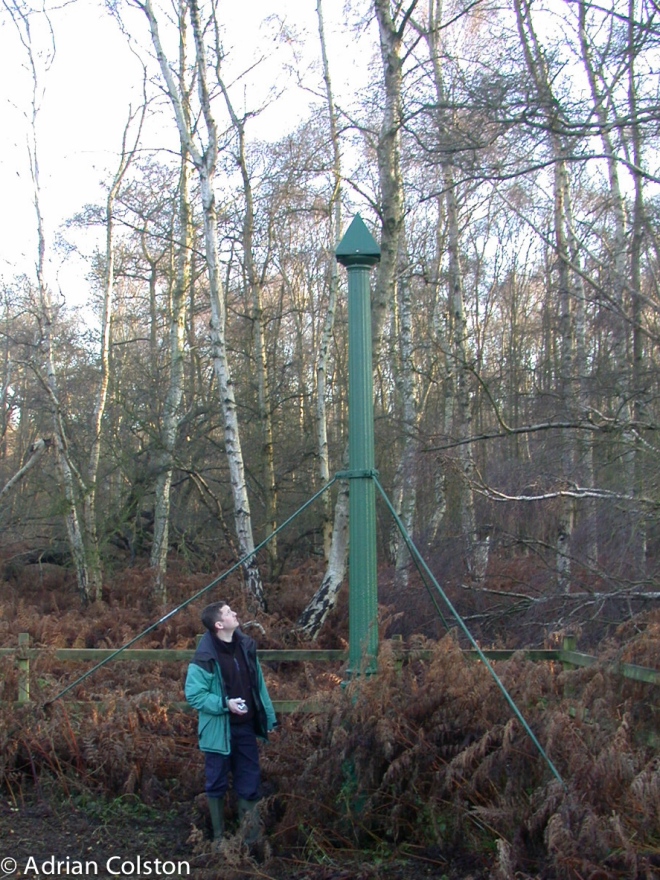 This is the famous Holne Fen post (photo taken back in 2002). In 1848 a post was driven into the peat and the top of it was at ground level. (This is a replacement post as the original became unstable some 60 years ago). The peat has shrunk by around 4 metres over the past 150 years! 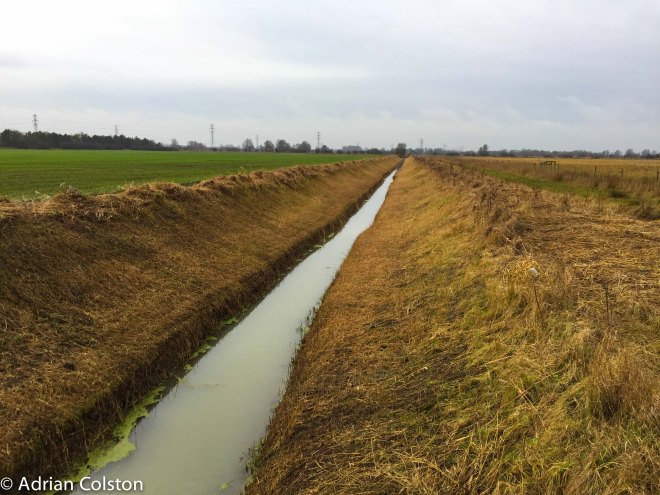 As the ground lowered man-made ditches were required to drain this shrunken landscape – these ditches were much lower now than the surrounding rivers so the water had to be pumped into the higher level rivers. This shows one of these drainage ditches  – this is the main one which drains the whole catchment – it is known as the interline. 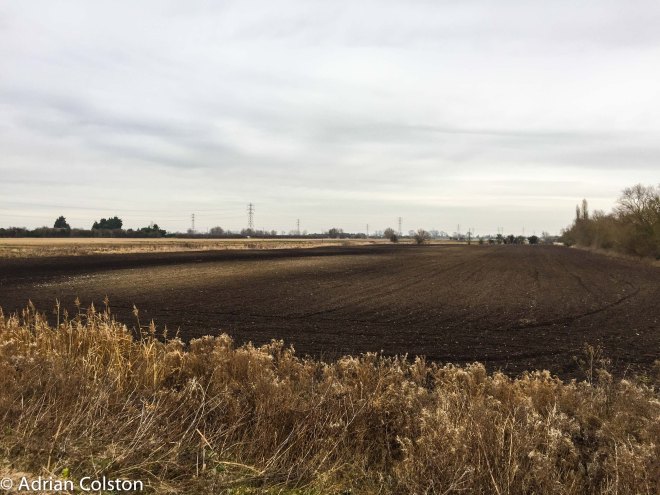 As we saw from the post at Holne Fen the peat was over 4 metres deep. In places now so much peat has shrunk and been eroded away that the underlying geology is becoming visible. The right hand side of this field is deep brown and consists of peat – you can however see a patch of lighter soil running diagonally up the field – this is the underlying chalk now becoming exposed.

Ian Rotherham in his book The Lost Fens has described the drainage of the Fens as ‘England’s greatest ecological disaster’. He states that around 4000 square kilometres of peat fenland have been drained and converted to agricultural use. Today only three undrained fens survive – Wicken Fen, Woodwalton Fen and Chippenham Fen.

Not only has a huge area of wildlife habitat been lost but also a massive volume of peat has disappeared and with it all the carbon that it consisted of. As the carbon oxidises as it dries out it releases carbon dioxide which is of course the main driver of climate change. As the photo above shows this loss of peat soils is continuing today and is still releasing carbon dioxide.

The loss of peatland (both in the lowlands and in the uplands) is now a great concern for Government in our fight against climate change. In 2010 Natural England produced a report which set out the scale of the problem. You can download that report ‘England’s peatlands: carbon storage and greenhouse gases’ here. 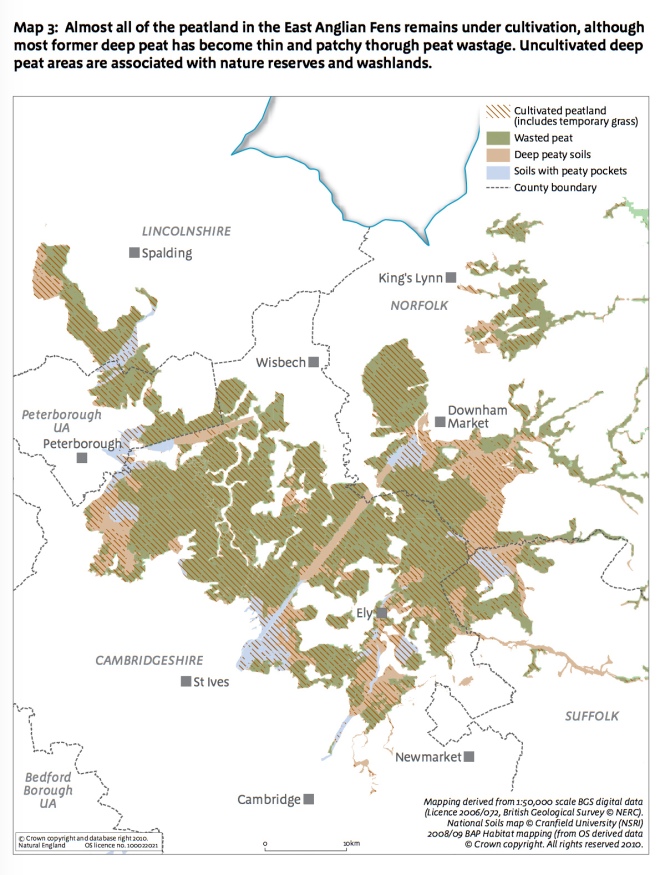 The report contains this map which shows the current state of the Fens peat. All the areas that are hatched are intensively farmed – the Fens are some of our most productive agricultural soils. However their current management is clearly not sustainable. The green areas show where the peat has been seriously degraded  and is becoming incorporated with the underlying soil and the brown areas show where deep peat soils are still occurring (but still degrading). 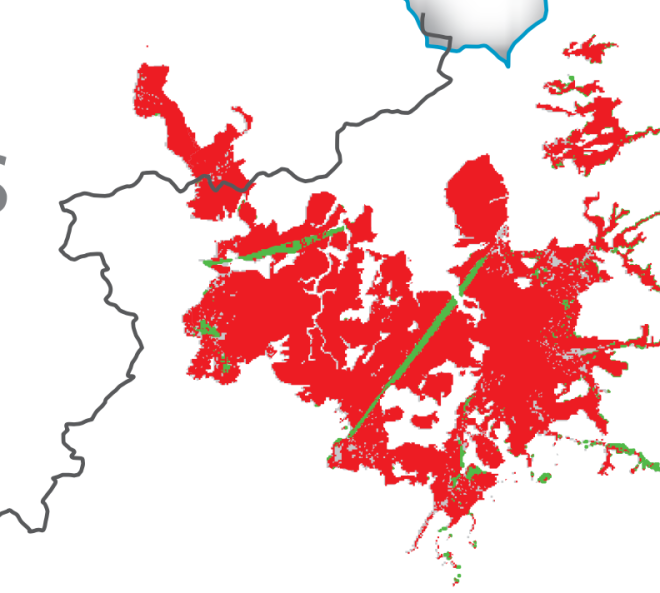 This is from map 7 in the report (just showing the East Anglian Fens) – areas in red show where the peat is still degrading and the areas in green are where it is not. All the green areas are nature reserves / Sites of Special Scientific Interest! The two long straight green areas are the Ouse and Nene Washes. 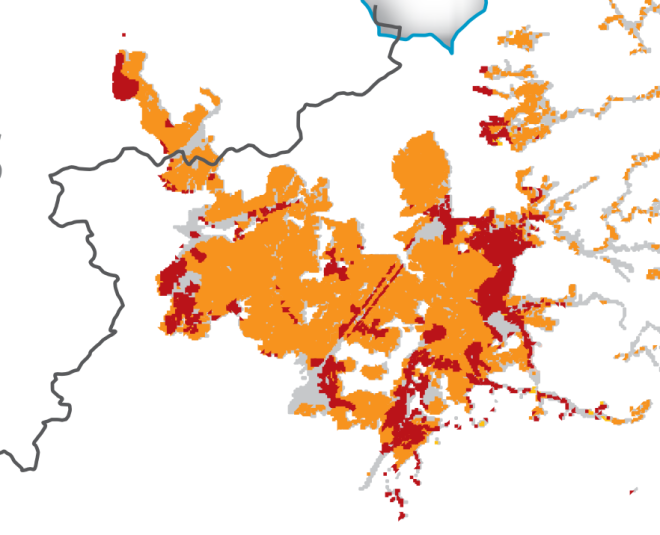 The Wicken Fen Vision is one of the ways of combatting these problems, however much wider interventions are required from Government if the deterioration of soils in the Fens are to be reduced. If that could be achieved then perhaps these soils could again sequester carbon rather than release it.

7 thoughts on “Fenland, water and carbon”