This must be one of my favourite walks – starts at Meldon reservoir and then up to Yes Tor, on to High Wilhays and down to Dinger Tor, over to Lints Tor and then back to Meldon via the West Okement River through Black a tor Copse. It is around 8.5 mils and it took me 3 hours with three short stops. 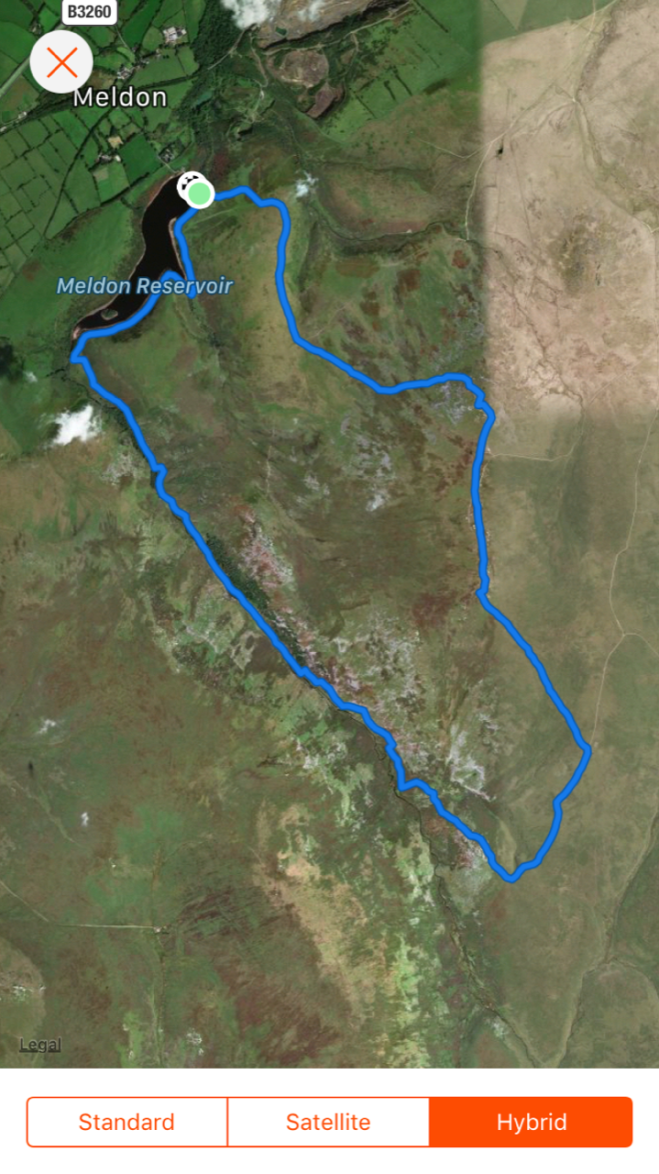 Here the route via Strava 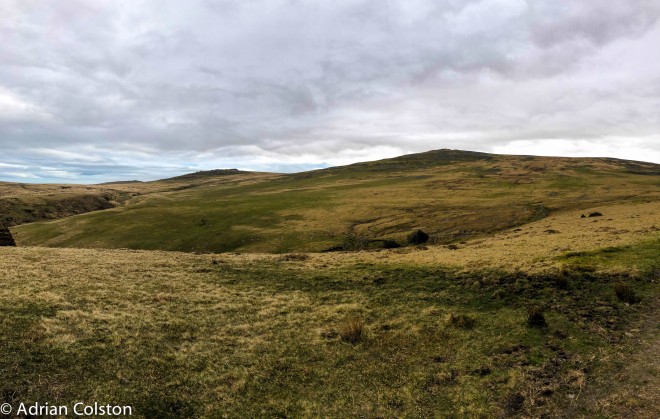 After a climb up from Meldon you get on a ridge and can see Yes Tor (right), West Mill Tor (middle) and Rowtor (left) 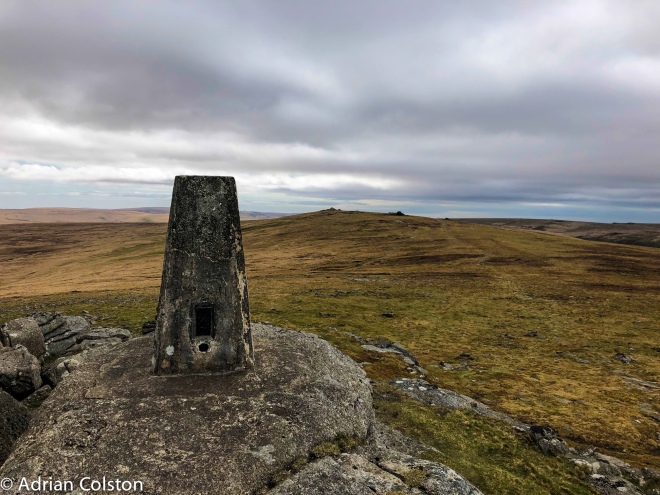 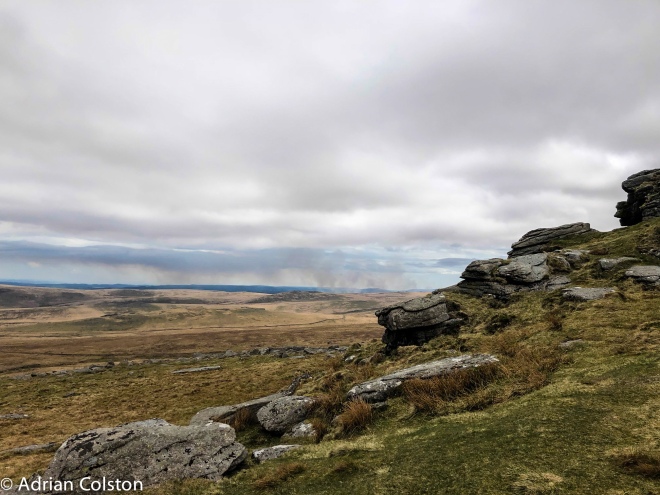 Looking down the West Okement Valley from Lints – almost looks like a Scottish Glen.

Back up to Lints with Great Knesset behind

Ancient oak amongst the clitter

Inside Black a tor Copse – magical and mystical

Black a tor Copse with Black Tor above it

Waterfall on the West Okement

It is a pretty straight forwards walk assuming the visibility is good but you do need waterproof boots as the West Okement section crosses numerous flushes. Obviously a map and compass job just in case … Can be walked clockwise or anti-clockwise.

I went for a walk yesterday with a friend up to High Willhays – the highest point on Dartmoor. It was around a 7 mile walk and took 4 hours including a lunch stop and included a climb of about 340 metres.

We started at the car park by Meldon Reservoir and then walked along the southern boundary of the reservoir, up the West Okement River, through the ancient oak wood called Black-a-tor Copse, on to Sandy Ford, then up to Fordsland Ledge, up to High Willhays, on to Yes Tor and then back down to Meldon via Okehampton Common and Longstone Hill. It is one of my favourite walks on Dartmoor – here are a few photographs from the day. 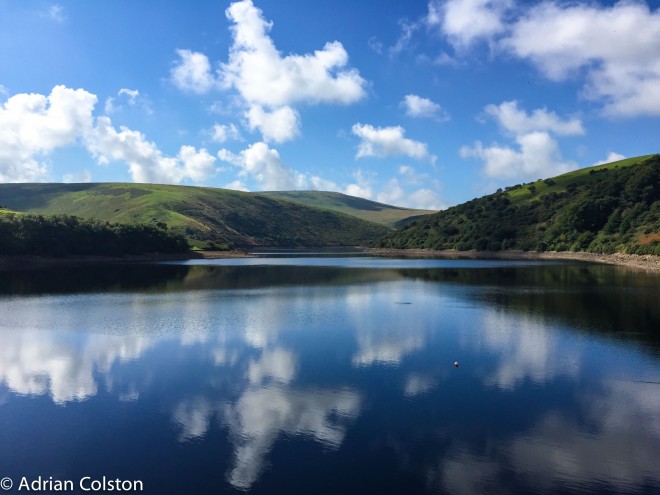 Melton Reservoir from the dam 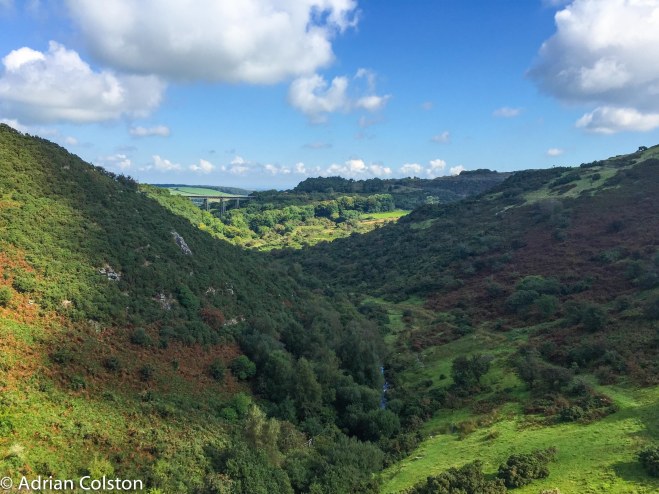 Down to the viaduct from the dam

By the West Okement looking up to Black Tor

Into Black-a-tor Copse one of three of Dartmoor’s high altitude oak woods (see here and here for more details).

Emerging from the other side 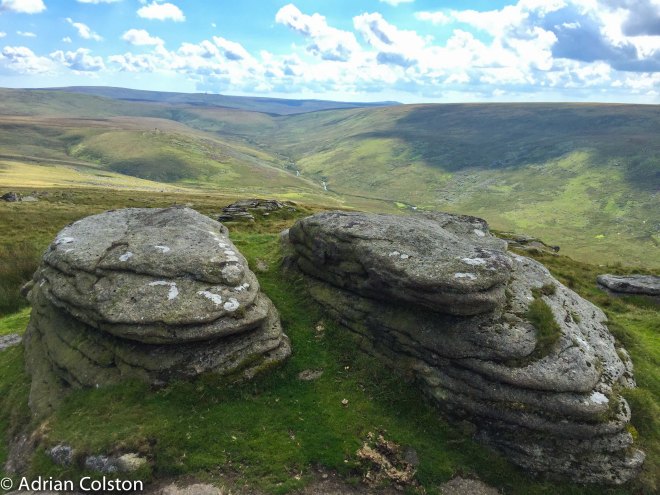 Approaching High Willhays – the little rock on the left with the cairn on it. High Willhays is something of an optical illusion – wherever  you stand and look at it on Dartmoor there always appears to be a tor which is higher than it! However it is the highest point at 621m. 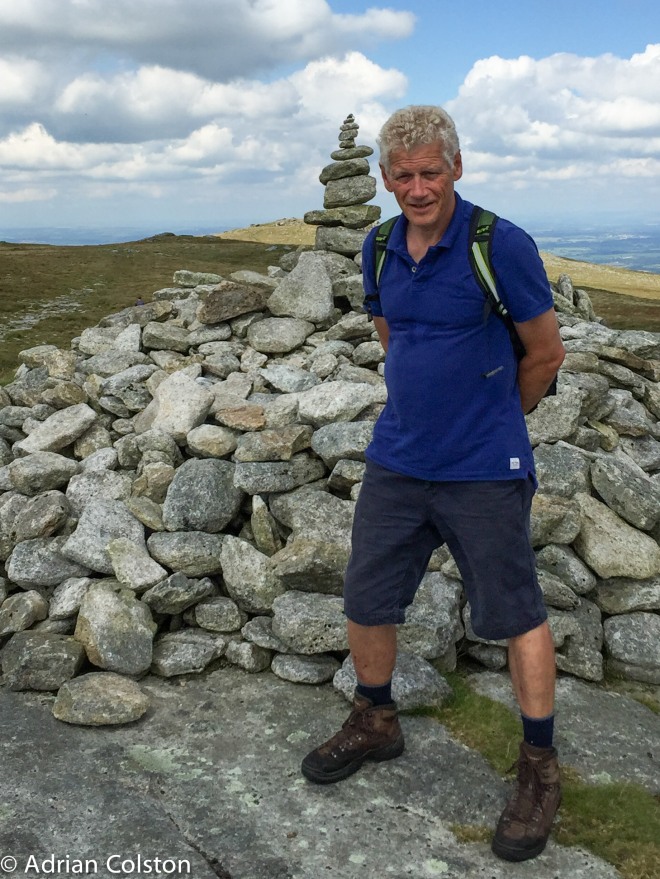 At the summit – with Yes Tor behind (looking taller)