Back on the Isles of Scilly for a further week! We arrived yesterday and headed over to St Agnes in search of the Cedar Waxwing which is an American vagrant which arrived earlier in the week. We were fortunate that it stayed as the American Cliff Swallow, Red-eyed Vireo and the Rose-breasted Grosbeak had already left. 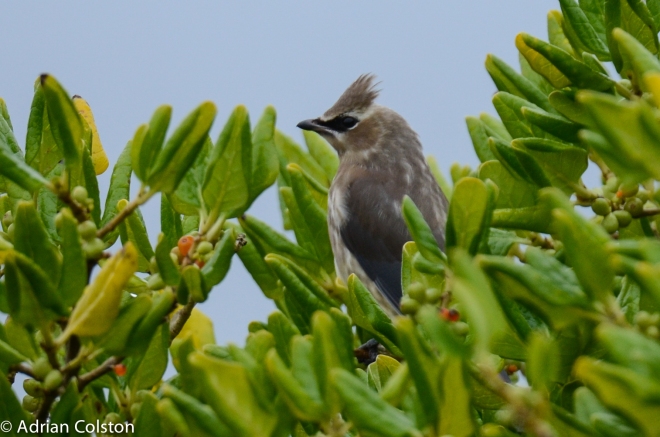 Got some great views of what had previous proved to be a rather elusive bird.

The 9th record for Britain and Ireland