I recently bought a couple of ‘new’ moth books.

The book on the left British Moths was new to me whilst the one on the right is the re-written 3rd edition of the book I always use to identify moths.

The British Moths book by Manley is a photographic guide to all of the UK’s moths – micros and macros and the second edition was published in 2015. Comprehensive and a series of great photos. 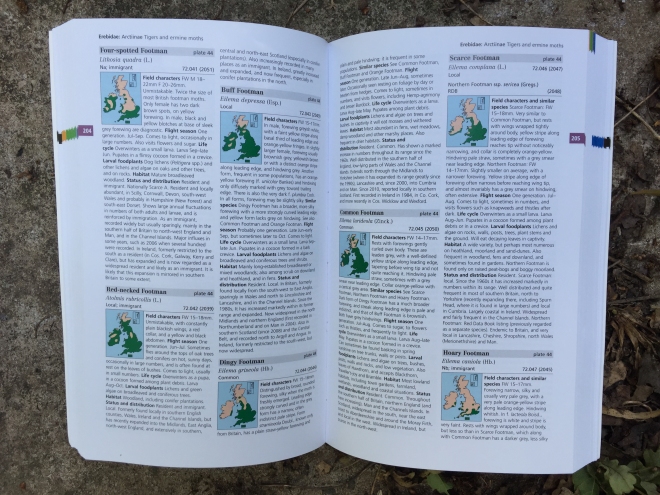 The new 3rd edition of the Field Guide to the Moths of Great Britain and Ireland by Waring, Townsend and Lewington has been completely re-written and now contains maps for all the species (only the 800+ species of macro moths). It also contains 72 plates of of all the species painted in their natural postures by Richard Lewington. It also contains some additional species compared to the 2nd edition as these have now been recorded in the country.

So I generally start off using the Field Guide to identify a species and then confirm the ID using the Manley photographic guide.

If you only get on book it has to be the Waring, Townsend and Lewington Field Guide.

4 thoughts on “A couple of new moth books for me”